Find out what our inspiring team of young Estonian changemakers thinks about civil society activism, “being the change”, and the future potential of participatory e-democracy. 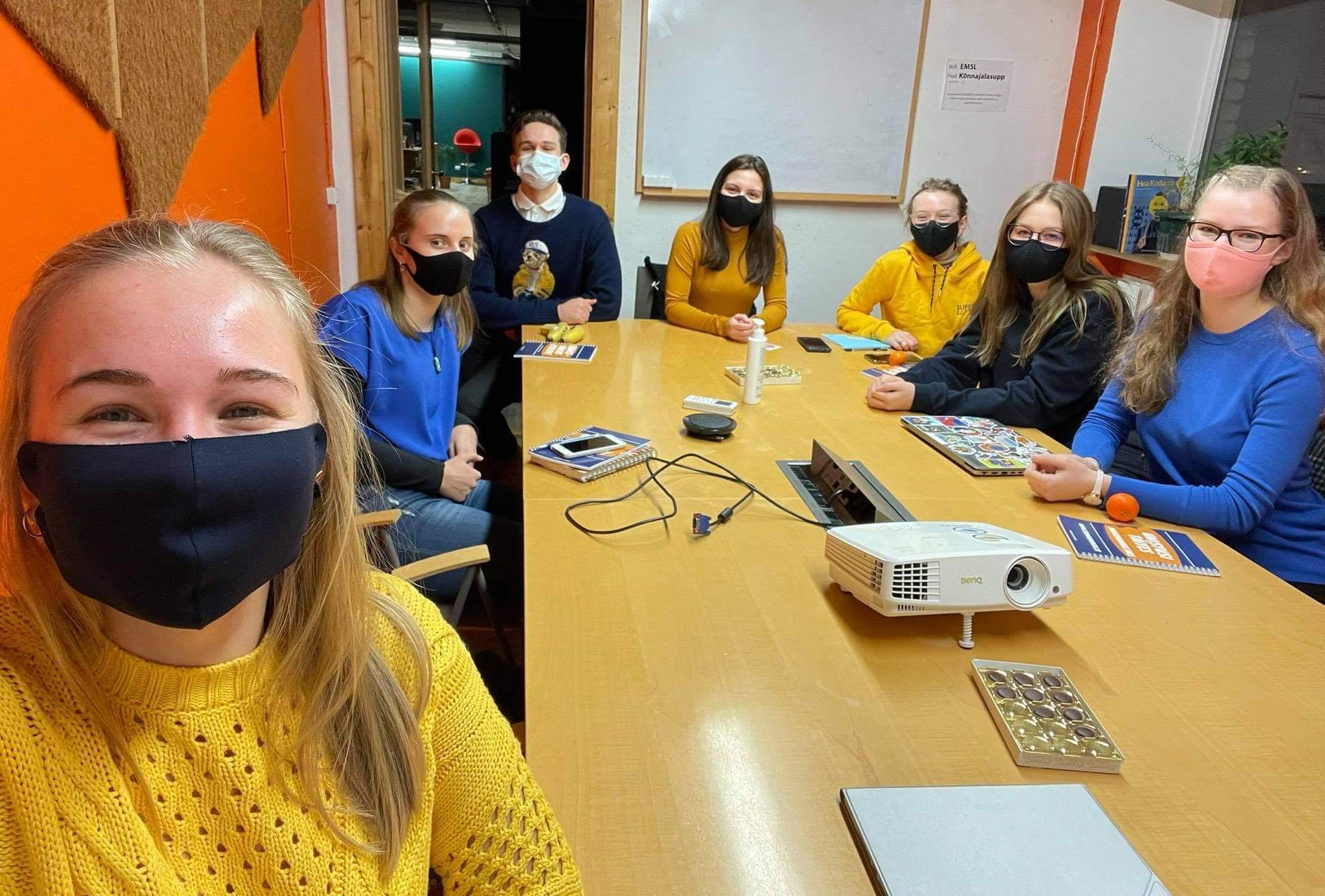 All over the world, young people are stepping up and speaking out. Sweden’s Greta Thunberg with her Fridays For the Future, Indonesia’s Melati Wijsen with Bye Bye Plastic Bags, and the First Nations’ Autumn Peltier with her advocacy for indigenous rights in Canada are just a few of the brave teen activists who are fighting to make the world a better place.

Here in Estonia—home of the Citizen OS HQ—the next generation of changemakers are being trained up by the Changemakers Academy programme. This 8-week programme matches up world-changing organisations like Citizen OS with enthusiastic teams of young Estonian activists.

The young teams then work to design and deliver a fresh new Marketing campaign, while competing against other teams for a prize. Through the programme, the participants get out of their comfort zones, learn new skills, and bring their youthful energy and ideas to the organisations’ Marketing activities.

We met with six of our changemakers—Liisa, Jens, Katarina, Inger, Kertu and Eliis, aged 15-17—to find out what makes them tick.

What sort of change do you want to see in the world?

For Liise and Jens, fixing the state of the environment is high up the list. As Jens explains, he wishes humanity would “care more about our environment and less about personal gains which stem from destroying it”.

Equality is a hot topic too. Kertu longs for “a world in which everyone is equal and dares to express their thoughts boldly”. Katarina feels the same, but realises that greater tolerance needs to come first: “I really want to see equality, but society needs to become more tolerant for that to be possible. So that’s what I'm striving for at the moment!”

For Inger and Eliis, a world with greater participation from active citizens would be their dream. Eliis is especially keen to see more young people in action: “I want us to have the opportunity to be more involved in important issues, because we are the future.” Then Inger explains her vision for a more participatory society in general:

"I want people to have the courage to speak up about the issues they see that need fixing, and to have the opportunity to put their solutions into action. Whether it’s something smaller—such as a problem in one’s school or workplace, or on a bigger scale—such as health care, every action improves the world around us."

How and why did you first become active in civil society?

The growing environmental movement has been a real catalyst for action for these young change-makers. Jens, Inger and Eliis all had their first taste of civil society action through environmental initiatives.

For Jens, his first engagement with activism has been with the Fridays for the Future movement. For Inger, it was getting involved with the Eco-Schools programme:

"I was a member of the Eco-Schools programme for one and half years because I wanted to help make my school greener. The program was created to empower students to be the change our sustainable world needs. Through that I learned ways to make the world better, helped improve the school, and educated younger students about how to be more environmentally-friendly through small steps."

For Eliis, her first civic action was more of a guerrilla affair. One day last Summer, she spotted a forest full of rubbish, and had a strong urge to do something about it. She took it upon herself to act, and so began her journey as a young civic activist:

"The forest was terribly dirty and full of rubbish. I decided it wasn't right and brought my friends along to clean the woods. We spent the whole day in there. We even went to the community centre to ask for large bins for rubbish and managed to get an agreement. Now when we drive past the site, it is much cleaner and more beautiful than it was before."

What do you think about the potential of participatory e-democracy to change the world?

The whole team are full of ideas and optimism when it comes to participatory democracy and the potential the internet brings for re-shaping it. More active, engaged and listened-to citizens are happier citizens, and participatory democracy can help make decisions that are better overall. They also feel it can help avoid deep divisions in society, and allows people more control over their lives.

Jens feels people having a say on the decisions that affect them most would be the best way forward:

On the topic of e-democracy in particular, it seems like the obvious next step to Jens too:

"I believe making democracy more internet-friendly is going to be the sole way for democratic leadership to remain in today’s world. Since everything is moving online, I think people expect democracy to move there too."

For Inger, the journey won’t be an easy one, but she sees great potential for positive change:

"The potential is there, but it’ll take time. However, once the challenges of reaching a truly effective e-democracy have been overcome, it’ll help create a more unified voice, create a more citizen-based system, and engage a wider range of people in democracy. Which can only be a good thing."

For more information about the Changemakers Academy, visit https://www.changemakers.ee/.