Democracy is impossible without reasoned debate.

Our CEO Margo Loor on why public discussion yields the best decisions, as published in the Good Citizen magazine. 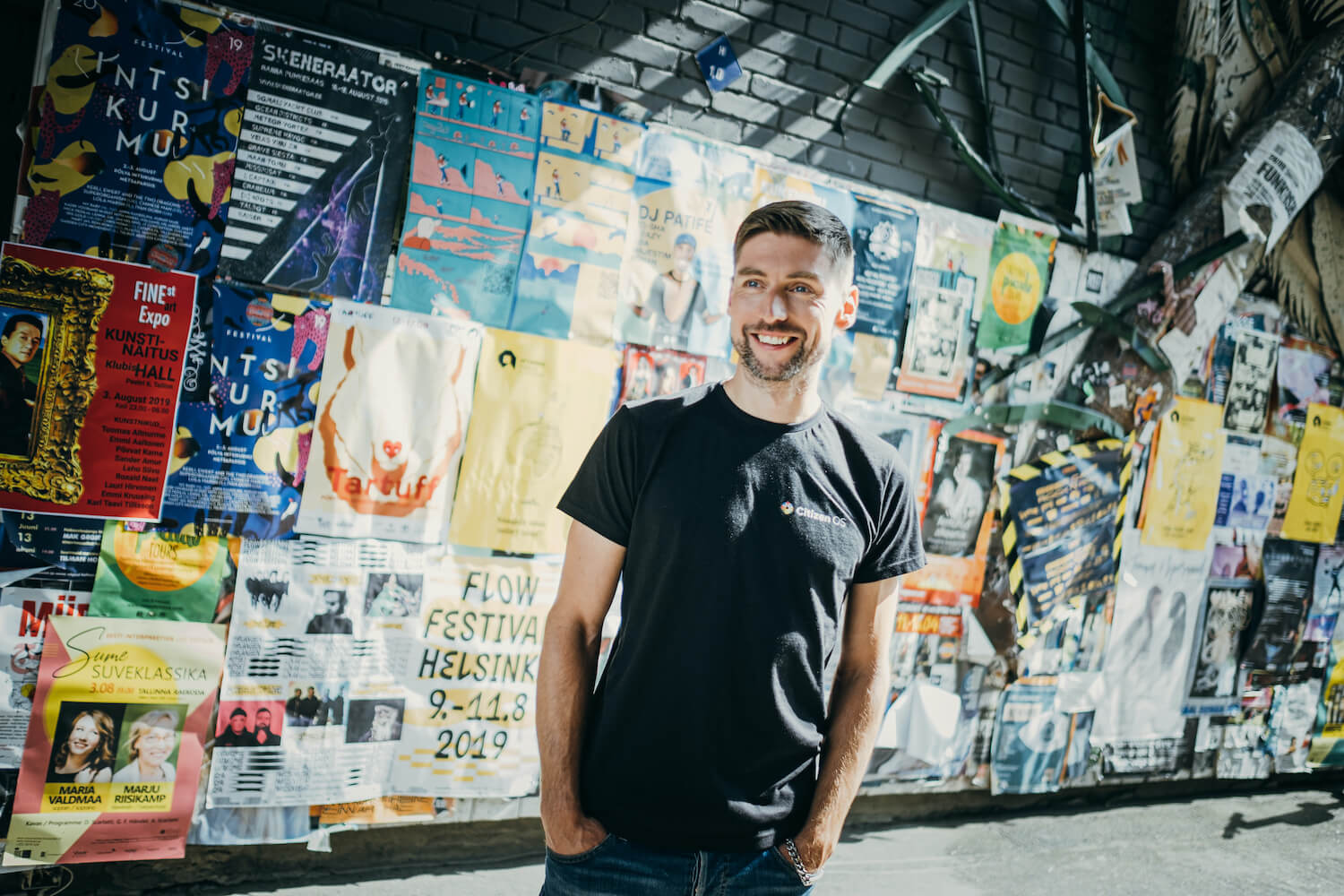 One of the best discussions I have heard in recent years was at the Asia Update conference organised by the Enterprise Estonia foundation and Estonian universities in Tartu last spring. Participating in one panel discussion was the veteran Swedish diplomat Lars Freden, former Swedish ambassador to China and Mongolia. Now at the end of his long diplomatic career, he spoke very openly about China. As he spoke, the distinguished audience repeatedly responded to his words with standing ovations, like cheering after a solo at a jazz concert. Some Chinese representatives in the room protested vocally.

Among many other things, he said that the communist party had a detailed plan, spanning decades, for how to open China up to the world and prepare its people and society for this. But when actual steps were taken towards increasing openness, things happened much faster than expected, and China is still not yet ready to take full advantage of its current position on the global stage.

I imagine that a similar scenario unfolded in the early 1990s as the Soviet Union collapsed with unexpected speed and many countries gained independence. This had been desired and worked towards, but when it suddenly happened, no one had a manual on how to help the former Soviet republics on their path from socialism to democracy.

In Estonia, we like to think that we were already familiar with a democratic social order from the time of the first republic and that in 1991 we restored both our independence and democracy. In fact, however, Estonia's democracy during the interval period of early statehood was volatile and at times rather questionable. We have tended to equate freedom and independence with democracy, but in reality it was only our statehood that we restored in 1991. Democracy, especially in its modern sense, had to be reinvented from scratch, and no one could hand us a blueprint on how to do that.

Admittedly, this process did not involve much civic debate. With the arrival of a free market economy, which accompanied statehood and democracy, many lost their footing and no one had time for discussion. Everybody was out for themselves, seeking to set up a joint venture with the Finns or rush their roubles from one failing bank to the next in a plastic bag. Everything had to be done fast and this mentality survives in the generations that emerged during that time and in the national subconscious to this day. In the mid-2000s, there was a joke that the Swedbank people in Latvia had no one to talk to about new ideas – talking to the Swedes was no good, as they would go away and discuss the idea in countless meetings at different levels. The Estonians were also not open to discussion, as they would be back the next day with a working prototype and the discussion would be over before it had even begun.

Nevertheless, looking back to the 1990s, an amazing number of good decisions were made, both nationally and by the partners that supported us along the way. One good decision in this long list was made by the Open Society Foundation, or the Open Estonia Foundation as it is known here, when it resolved to teach Estonian schoolchildren the fundamentals of a culture of debate and discursive education. I happened to be one of those schoolchildren.

In a democratic society, it should be the strongest argument rather than the argument of the strongest that wins. Behind this idea from the philosopher Jürgen Habermas lies a doctrine of how social debates should be decided not by those who speak the loudest or wield more money or power but those with the superior, better substantiated argument. The debating movement, initiated by the Open Estonia Foundation in collaboration with Tallinn University (then the Pedagogical University) in 1994, was the first social movement to make teaching argumentation its motto and continues to be an educator and watchdog in this area. While in the mid-1990s the word "argument" was little known and not widely used in Estonian, by 2010, as a result of the efforts of the Debating Society, argumentation was introduced as a compulsory subject in the basic and upper secondary school curriculum.

So even though most people had no real idea of the functioning of democracy or their role as a citizen in a democratic society when Estonia first regained its independence, by 2013, as the first Opinion Festival was held in Paide, many already understood the central role of debate in democracy. The festival format was introduced in Estonia by Kristi Liiva, who had visited the Almedalen Festival, a pillar of democratic society in Sweden, and was fascinated by the high level of debating she had witnessed there. When she started the festival in Estonia, she and her team immediately learned that awareness of the value of debate was far from universal here. Not even among the press, a cornerstone of society. One of the main questions to which journalists and many others demanded an answer six years ago was this: "What use is the debate going to be? What will happen as a result of the festival?" I am sure there are still many people around that come from the 1990s generation of businessmen, for whom talking about things is not a value in itself. We have circled back to the old Swedbank joke.

Alongside these people, however, there are many others, who have realised that democracy is impossible without meaningful, reasoned debate. Some of them have experienced this living in countries with a longer tradition of democracy. Others come from the debating movement. Yet others have been brought to this realisation by the general education system. While the media continues to struggle with this realisation, as Rain Kooli points out in an excellent opinion piece for Estonian Public Broadcasting, the winds of change towards improved quality of discussion are felt even there, at least in some outlets.

Why is democracy impossible without well-argued debate? Why did Aristotle's theory of argumentation and the democratic form of government emerge together at the dawn of Western civilisation in the classical world? Democracy rests on the understanding that there is no absolute truth in social matters. There are different competing truths that are agreed on and change over time. These agreements are the result of reasoned discussions between citizens. More immigration is not better than less immigration. More state intervention in private life is not worse than less state intervention. Patriotism is as good as globalism. It all depends on what values a society has agreed on and what goals it want to achieve within those values.

Why are there different truths? Because people are different and have different needs. Most of us would not like to be part of a mass that dress the same, talk the same and think the same. We recognise that people have the right to the freedom of thought, self-determination and personal fulfilment. Just as it protects populations in nature, variety also protects societies against the persecution of minorities.

Liberal democracy is not the tyranny of the majority. To maximise everyone's interests, it is important to listen to the arguments of all stakeholders and to make decisions based on those arguments to ensure everyone's well-being. The only way for these arguments to emerge and be analysed is for social issues to be constantly discussed in the media, at meetings, by NGOs and elsewhere. Democracy is not the most efficient social order, because well-argued discussion takes time. Social inclusion merely for the sake of box ticking and rushed implementation of the first solution that comes to mind are not how a democratic society behaves. Karl Popper warned us against the dangers of social experimentation. By weighing up arguments, we need to think carefully and decide on the best solution for everyone before we start doing anything.

Public discussion yields the best decisions. First, it considers a great many different variables, which are brought up in opposing arguments and could not possibly be thought through by a single leader or faction. More importantly, however, people are motivated to put into practice decisions they have been able to participate in making through discussion. If the law is something handed down by the powers that be and enforced with the threat of punishment, you only comply with it so long as the threat persists. When the police are not looking, you will still floor the accelerator and run a red. On the other hand, a law you have been involved in making, having your interests heard and considered, is part of your own outlook, which you abide by almost naturally and guide or encourage others to do so.

The absence of one single truth is not easy to bear. It is psychologically easier to think that what I believe is right and what the others believe is wrong. There are many people in every society who crave one clear truth and a powerful paternal hand to impose that truth. This is why discursive education in schools and the consistent preservation and development of democratic processes are crucial, as there are many forces at play that seek to move us away from democracy. The recent book 'How Democracies Die' by Harvard political scientists Steven Levitsky and Daniel Ziblatt is a wonderful piece of reading on this very subject.

In regard to independence and the free market economy, Estonia can say with conviction that we are firmly on course. In terms of democracy, on the other hand, the external characteristics have long been there, but when it comes to people's attitudes and behaviour, democracy is by no means established or deeply rooted. The yearning for a firm hand, the expectation of black-and-white truths, rushed attempts to bring about social change and many other things that are alien to a democratic society and easily exploited by populist politicians continue to prevail in Estonia and leave us exposed to the threats faced by Poland and Hungary. In these countries, open and argumentative discussion has dried up, and with it, democracy is on the retreat.

Fortunately for us, we have the Opinion Festival, the Estonian Research Council with its "How Do You Know That?" initiative (a campaign similar to Hur vet du det? in Sweden and Ask for Evidence in the UK), the Estonian Debating Society, the Open Estonia Foundation and many others maintaining and furthering reasoned discussion as a vital pillar of a democratic society. What is more important, however, is that each citizen can help keep reasoned discussion alive in their family and community. I wish everyone wisdom and patience for this.